After finishing ICE-T, Rich will now focus on the diesel-powered Model D.

Rich Benoit of the Rich Rebuilds YouTube channel is surely not a very popular guy among Tesla fans and he surely won’t be improving their view of him with his next project. After finishing work on the V8-powered Tesla Model S, Rich has now embarked on another ICE Tesla project, this time using the smaller Model 3 as a base.

He and co-host Steven travel to New Hampshire to pick up a Model 3 that has been in quite a serious front end accident. They don’t actually know what caused the damage, but the impact was a very serious one, serious enough to bend the front frame rails out of alignment, although it won’t be as important to get them perfectly straight since a big Cummins diesel will sit where the frunk used to be. 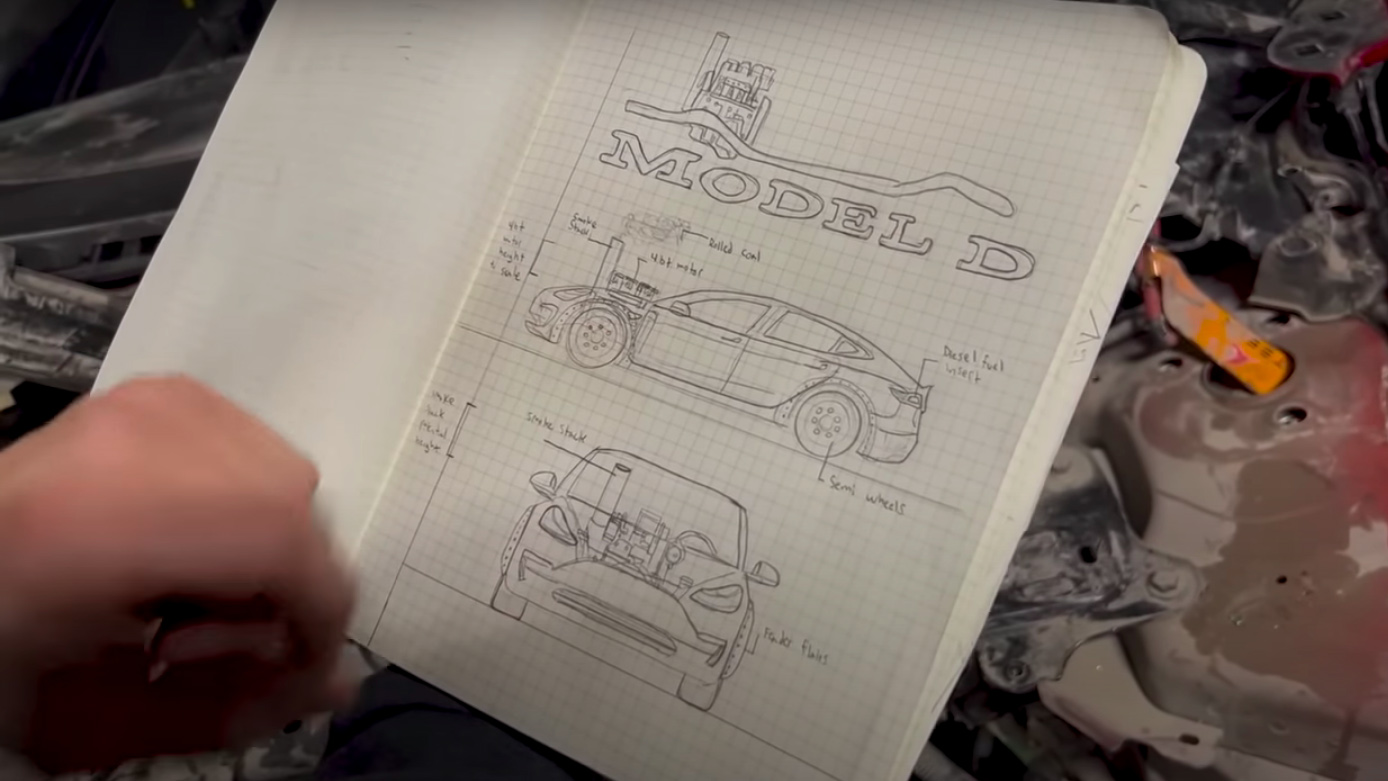 Rich wants to put in a Cummins 4BT four-cylinder turbodiesel that will make the Model 3 considerably slower than even the least powerful factory model. In stock form, the engine has way less than 200 horsepower and it’s actually a pretty old and analog mill that has been in use since 1983 - it will also sound quite agricultural and there is a strong chance it will be able to roll (its very own) coal...

We wonder if conversions like this one will actually start a trend in the future - repurposing totaled EVs that are uneconomical to repair as ICE vehicles, rather than bring back to their original state? It will definitely be quite a bit cheaper to just put an old diesel in there as opposed to repairing the electric powertrain and battery, but we say a conversion like this doesn’t actually make practical sense.