Rivian demonstrated this feature to the pickup world, but Ford may bring it to production first.

Rivian made quite a splash with its viral video portraying one of its R1T electric pickups essentially turning on the spot, like a tank, by driving the wheels on one side forward, while the others are going in reverse. However, the feature is not currently present in its production vehicles, and Ford also patented its own version, possibly for use in the F-150 Lightning, and it may even debut before Rivian.

According to the Lightning Owners Forum, the Blue Oval applied for the patent in October of 2020, but it was just published on April 24, 2022. The patent drawing below shows what appears to be an F-150 Lightning but text makes no direct mention of that truck, so it could, in theory, be applied to other EV models. It describes 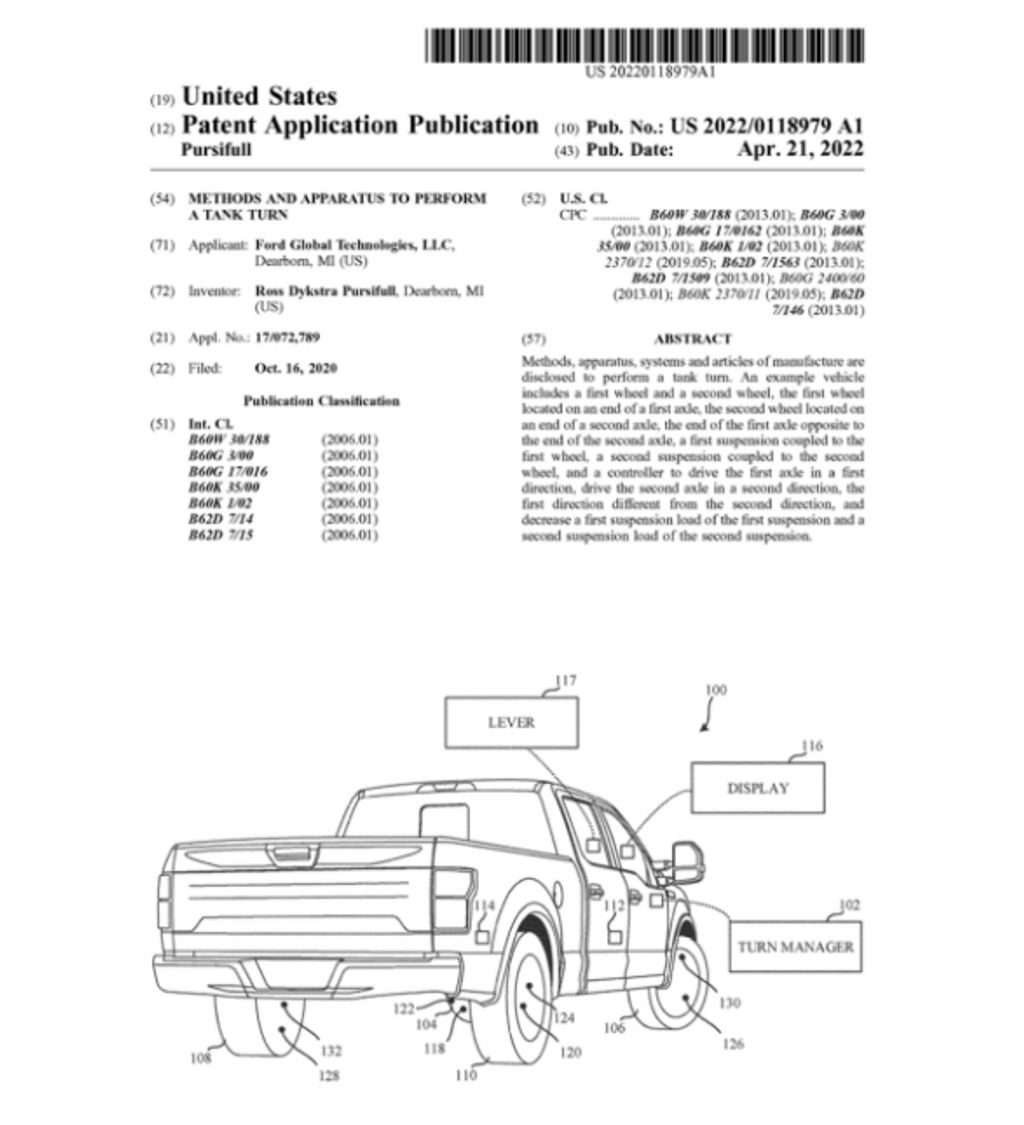 It is worth noting, though, that unlike the Rivian R1T and R1S, the Ford F-150 Lightning doesn’t come with a quad-motor setup, with one motor driving each individual wheel. So far, Ford has only announced dual-motor versions, and in order for those to be able to perform a tank turn, the manufacturer will need to resort to reversing one side and not the other via gears, or just applying lock to all four wheels.

This is how Toyota wants to do it, at least, as per its patent filed in 2019. The Japanese giant’s system would not only allow for on-the-spot rotation around the vehicle’s center, but also lateral movement and driving at an angle (similar to the Crab Walk feature of the GMC Hummer EV).

So far no manufacturer has launched a series model that can perform a tank turn, and Rivian is the only company to have shown one of its vehicles actually do it. It should still be the first to debut this feature, but we’ll just have to wait and see.