This in spite of the fact that Tesla dominates in CR’s satisfaction ratings.

Tesla has consistently been improving the quality of its products over time - you can really see the progress in cars built today compared to five years ago, but it is still ranked very low in Consumer Reports’ reliability and dependability rankings.

It now places 27th out of 28 manufacturers (the same as last year), with vehicles like the Model Y being present on CR’s list of 10 least reliable cars. The smaller Tesla crossover has a reliability rating of just 18, which makes it slightly more reliable than a Volkswagen Tigua, but slightly less reliable than Chrysler Pacifica. CR wasn’t any kinder on the Model X, pointing to its falcon wing doors as a constant source of problems.

For reference, in a J.D. Power Vehicle Dependability Survey published earlier this year, Tesla was ranked 30th out of the 33 included brands. 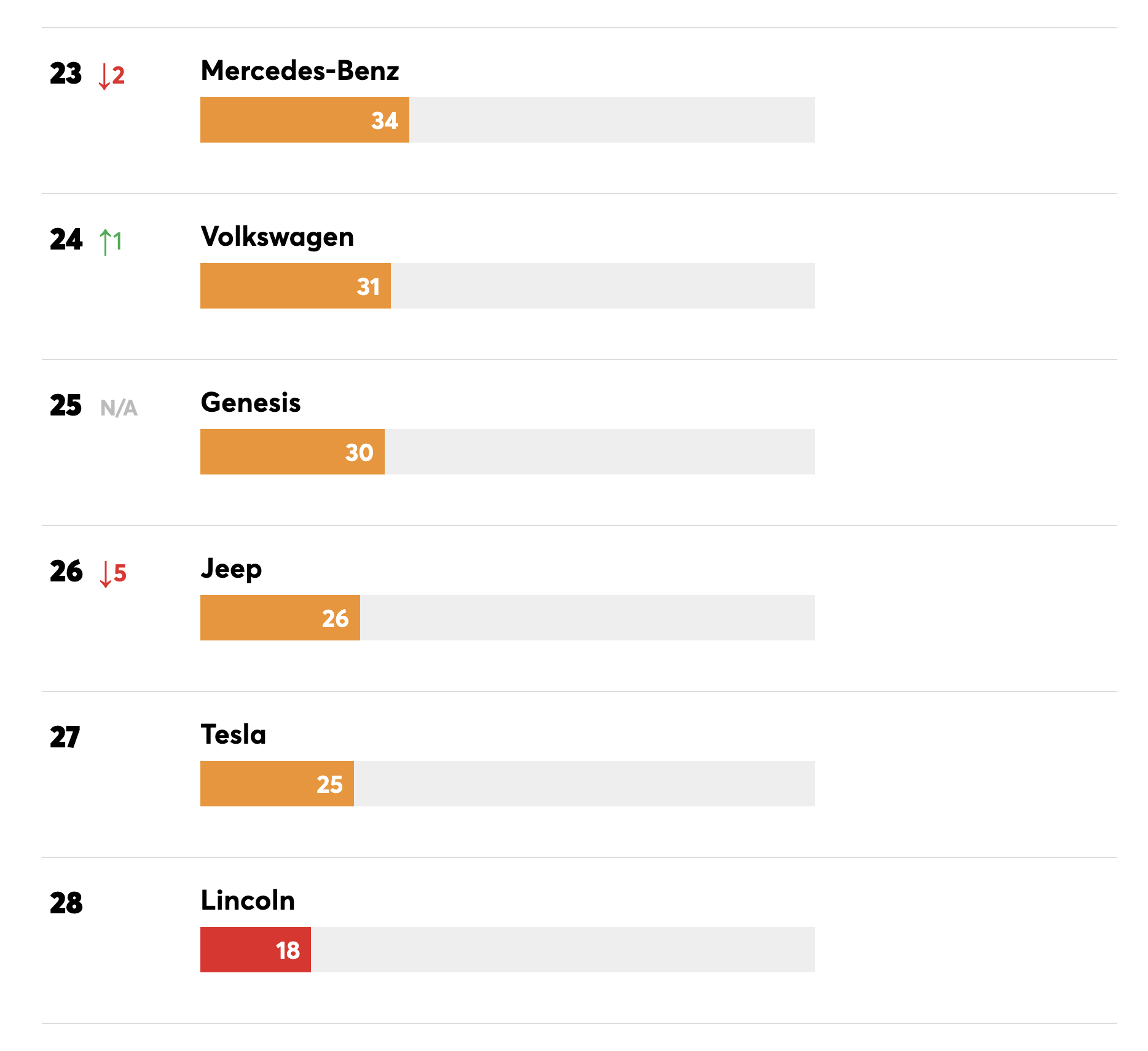 Tesla’s Model 3 has average reliability. The Model Y still has body hardware issues with the tailgate and door alignment, paint defects, and multiple other problems. The Model X and Model S have body hardware, climate system, and in-car electronics problems. All three models are well below average.

The Tesla Model S ceased being recommended by CR last year after 2020’s reliability data was compiled, revealing common problems with electric sedan’s air suspension, its main computer and touchscreen controls. The Model S had been declared CR’s top-rated vehicle for the year back in 2015 and it was recommended for five years straight.

What is at odds with this seemingly very poor reliability are different Consumer Reports statistics that rate customer satisfaction. Tesla does much better here, where it leads the tables, followed by Lincoln - what’s curious about this is the fact that Lincoln is the manufacturer that CR rated 28th for reliability, making it even worse than Tesla.

According to CR, Tesla’s highest-ranking model when it comes to reliability and dependability is the Model 3. They say

We expect the 2022 Model 3 will have about average reliability when compared to the average new car. This prediction is based on data from 2019, 2020 and 2021 models. Select the used car model year to see reported issues with those similar past models.

The Most Satisfied EV Owners In Norway Drive Teslas, Survey Shows
New Survey Suggests Nearly Half Of Americans Would Consider An EV